In this Excel game the exact nature of the diagram differs.

Some players draw the gallows and the man’s body parts before playing. Some other players start out with no schema at all and craft the individual items of the gallows as part of the game, giving the player a more effective chance to guess.

The details in the man may also vary, which affects the number of possibilities. Excel programmers change and modify existing programs and games to try to improve them to make then more attractive

In this game, we are the ones who create the themes with which we will play

The HANGMAN is a quick and easy game for at least 2 people, a piece of paper, a pen and the ability to spell.

One player, the host, makes up a secret word, while the other player tries to guess the word by asking what letter it contains. Each wrong answer brings you a little closer to losing. 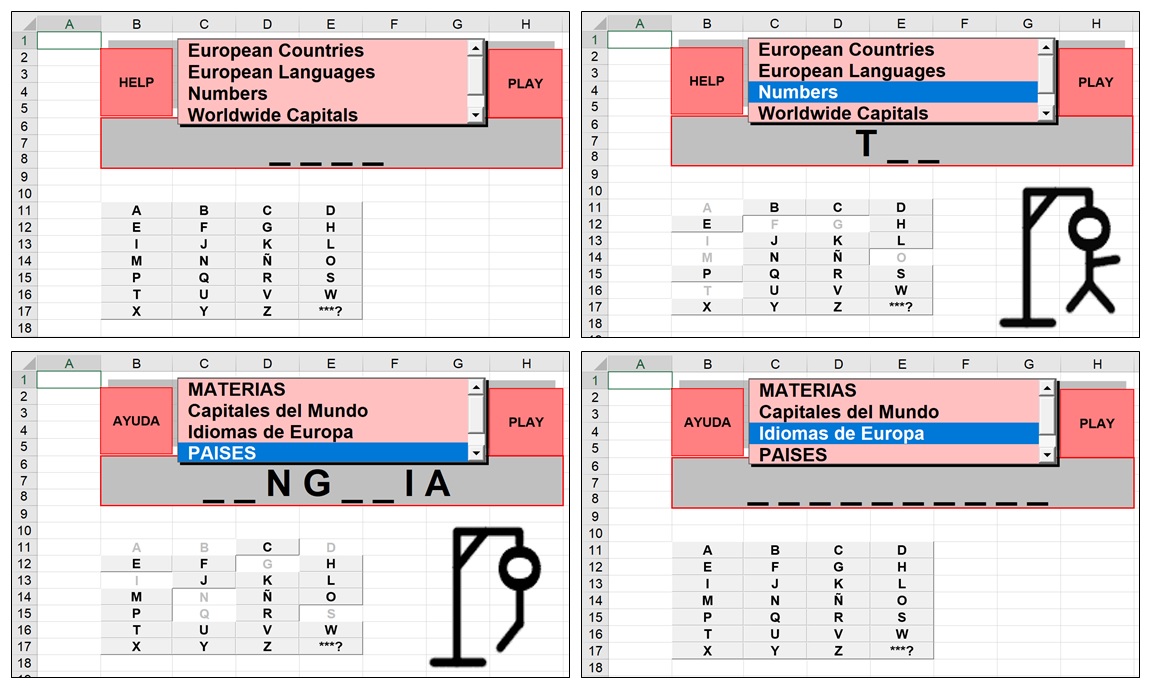 The exact origin of the game is not known. According to some sources it originated during the Victorian era. 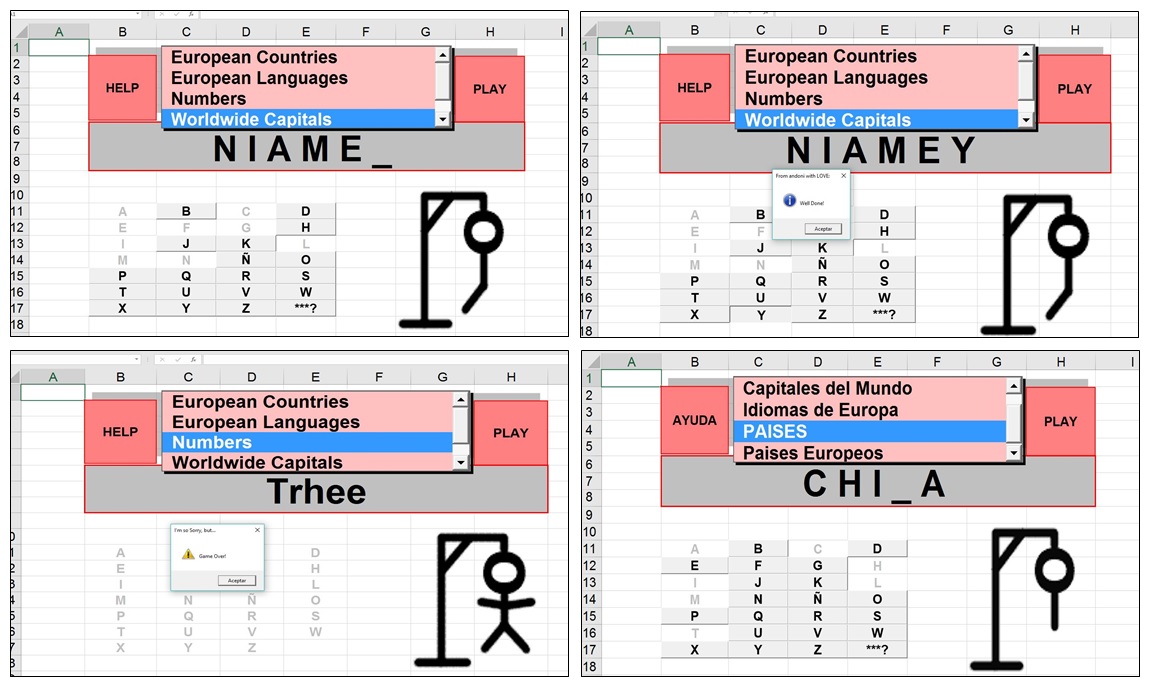 Start the game by guessing the vowels.The “U” is the least used vowel, so it could be the last resort.

I had tried to include several topics and subjects.

We have added this game because we think that everyone has played it some times.