If we were not able to get this line (X’s) the speed increased until there comes the time when it is impossible to continue. In this Tetris some of the screens that we thought, we remembered. For the rest of the screens we used our imagination.

I uploaded this first version of Tetris in Excel in 2004-2005.
At the end of 2018 I located this Tetris.It’s called Flash Point and is a Tetris clone made by SEGA. However,
instead of having to delete blocks from the screen, the highlighted blocks must be deleted in any of the rows on the screen (In our website the blocks that contain and X).
Instead of starting with a blank playing field, the player can choose from a series of predetermined designs (normally 100, however in our website we give the possibility of creating more screens).
While points are awarded similarly to other Tetris, the highest scores come from removing the highlighted blocks.
This Tetris was called Flash Point II.

You can download the first version of the following link:

The second version with many more screens through this other link:

In the stages sheet and the screen at the end of the whole, you can add new screen if you wish. 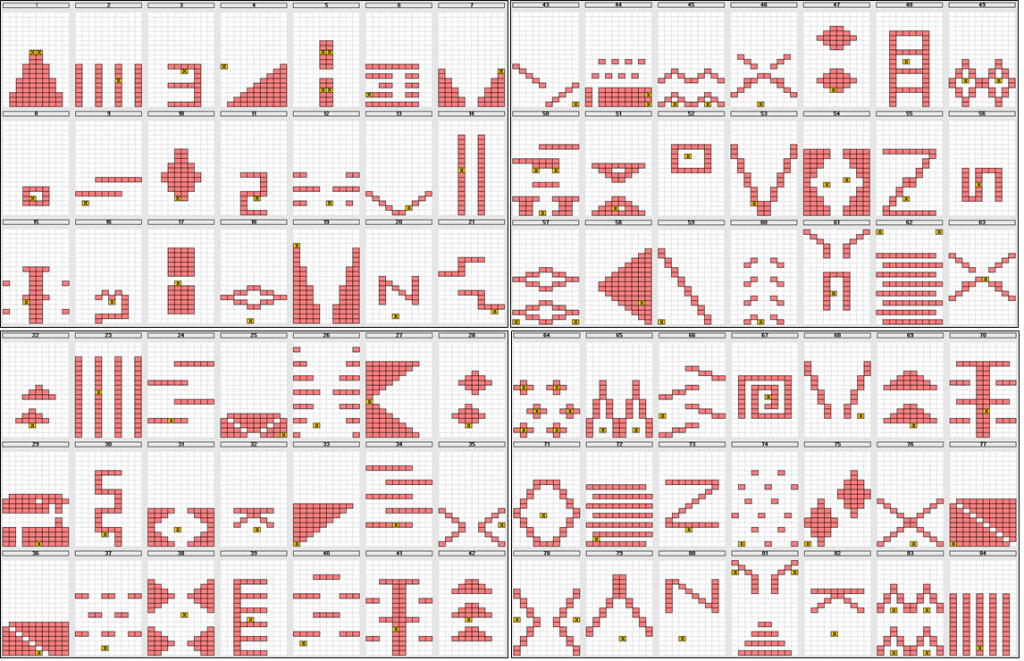