Known as the Snake, it is a video game released in the Mid-70’s that remained popular ever since, becoming a classical game. 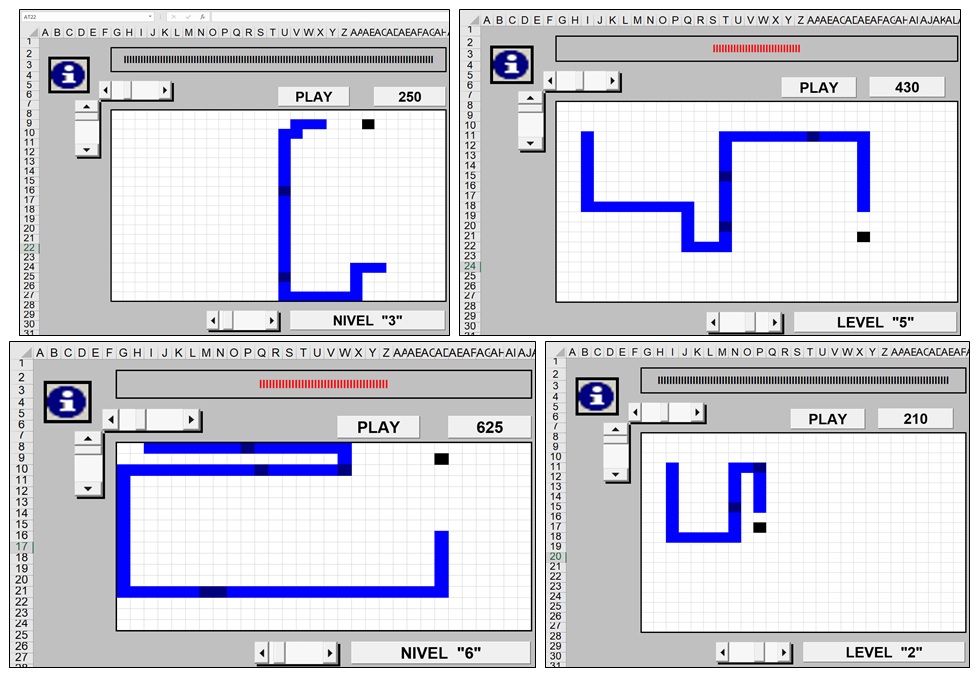 This is my version of the game and i have barely modified or introduced variations on the classic game.
In this version we can increase the number of rows or columns before each game, as well as the level of difficulty.
From the easiest that is level 1 to the most complicated that is level 10, the score follows its own algorithm in a way that the more black cells we have inside the body of the snake, the faster we will increase the score.

I wanted to show you different screen of the game. Enjoy it! 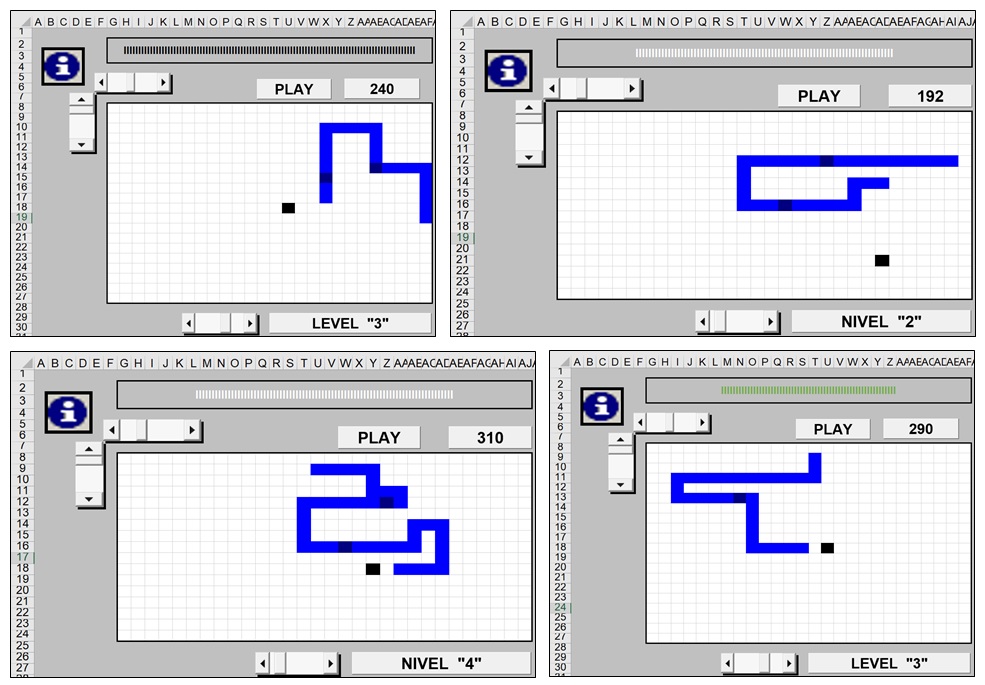